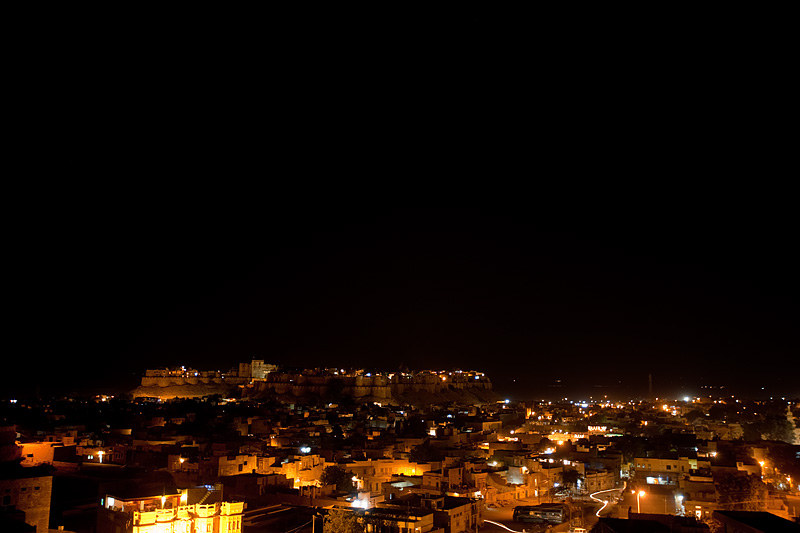 Night lights of the city of Jaisalmer and its fort.

I wasn't sure which photo I liked more so I included them both. The morning photo was harder work, forcing me to wake up at 5am to a surprisingly cold desert morning and fight off aggressive street dogs to reach my location before sunrise. The night photo contains some serendipitous trail lights snaking through the streets that adds an extra element to the photo. 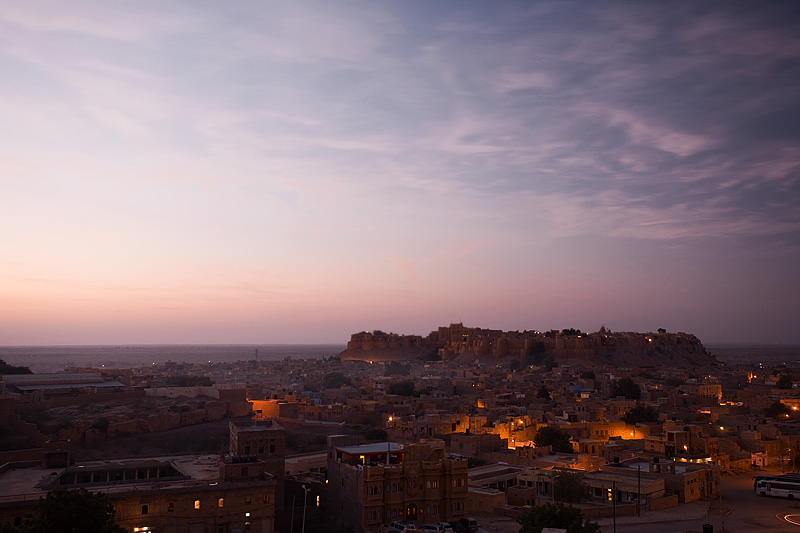 Morning lights in the city of Jaislamer and its fort castle.

One of the biggest misnomers in India are these so-called "forts" in many of the old kingdom's capitols. If I were the head of the tourist bureau, I'd rename these structures to fall in line with similar tourist attractions of the world. As far as I'm concerned, a fort conjures up images of army barracks and sandbags, whereas in reality, these structures can more accurately be labeled "castles".

And a lesson for all photographers that potentially work around stray dogs: If you need to sit and rest, stay close to your equipment lest you want a local street dog to use your tripod as a fire hydrant. I ran and yelled at the dog but the rascal finished his business and moved on, leaving me with a slightly soggy tripod and a lot of cleansing to do.