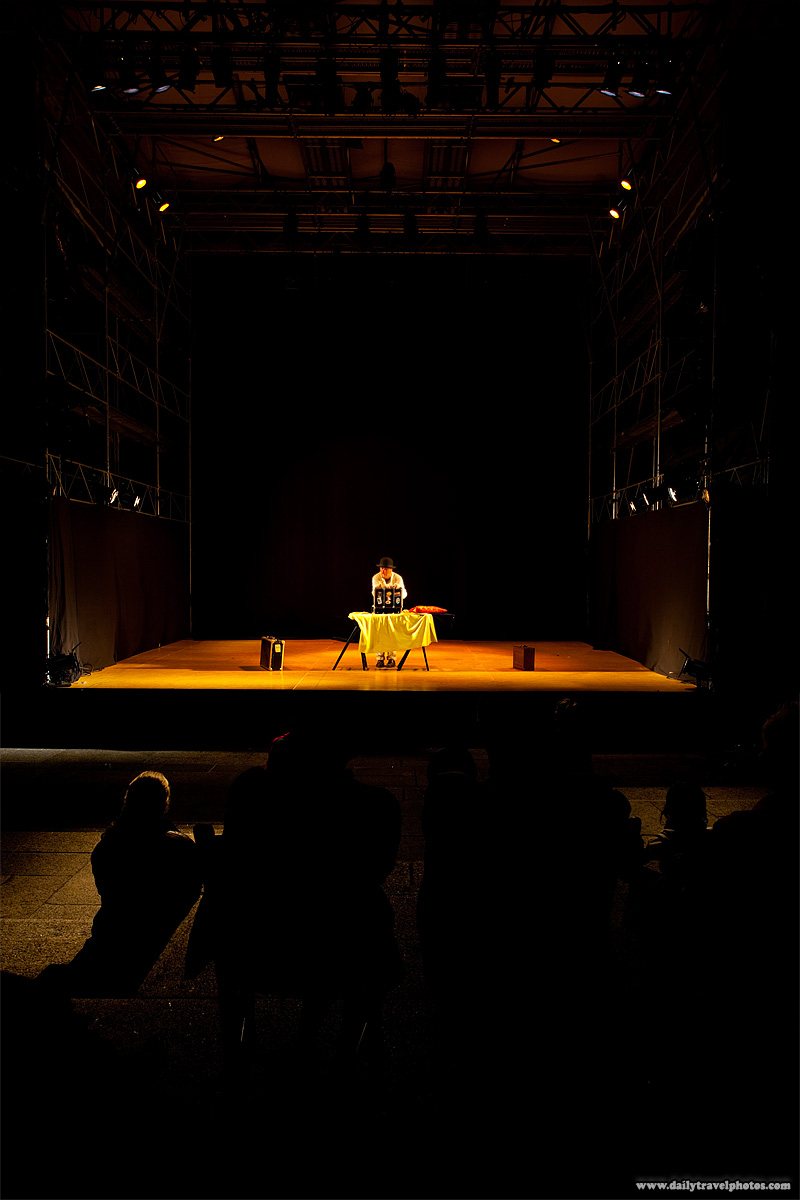 "Joseffo the clown" performs to a sparse audience at Parc des Bastions.

The clown you see before you was the bravest man in Geneva tonight. To march so utterly alone in front of a sparse audience, half of whom seemed to derisively cheer his antics, takes an awful lot of courage. Whether it be in the form of monetary compensation or packs of drooling female fans, one can only hope there are hidden benefits to this line of work. However, the gods spared my fragile self-confidence unimaginable abuse by assigning me a role in life other than that of an unappreciated stage-clown.

Hot off the press dSLR, folks. The weather today was still summer-like so I took the opportunity to run around Geneva looking for some decent photos. I must admit, I'm rather uninspired by what I've seen of Geneva. I was here also in 1998 and it appears absolutely nothing has changed. Everything in Geneva seems to be just nice enough, however, it's all rather unspectacular. I anticipate further trips into Geneva so I'll save final judgement until I've seen a far greater portion of the area.