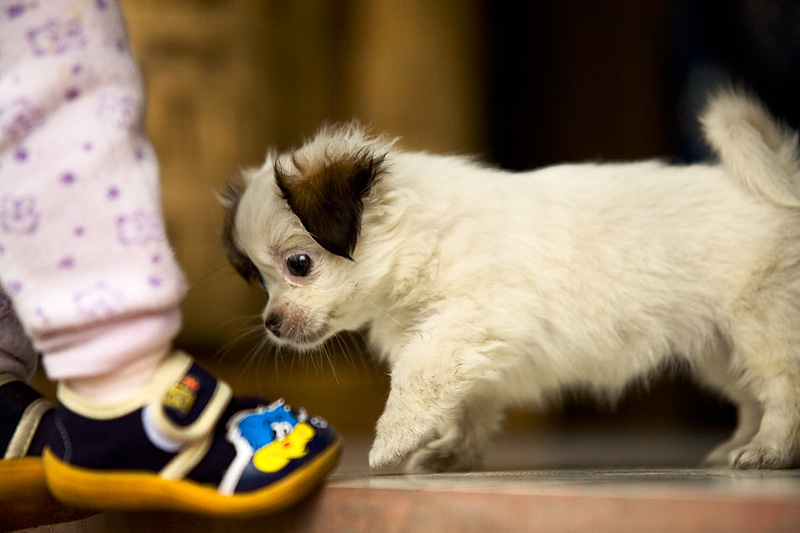 A puppy investigates a pair of baby shoes.

It's already non-India Saturday! It seems like just yesterday we began real-time posts of India only to take a quick weekend break for non-India photos. But don't fret ladies and gentlefolks. Only 1 day more (Sunday) of non-India photos to bear before more images from the subcontinent are posted! 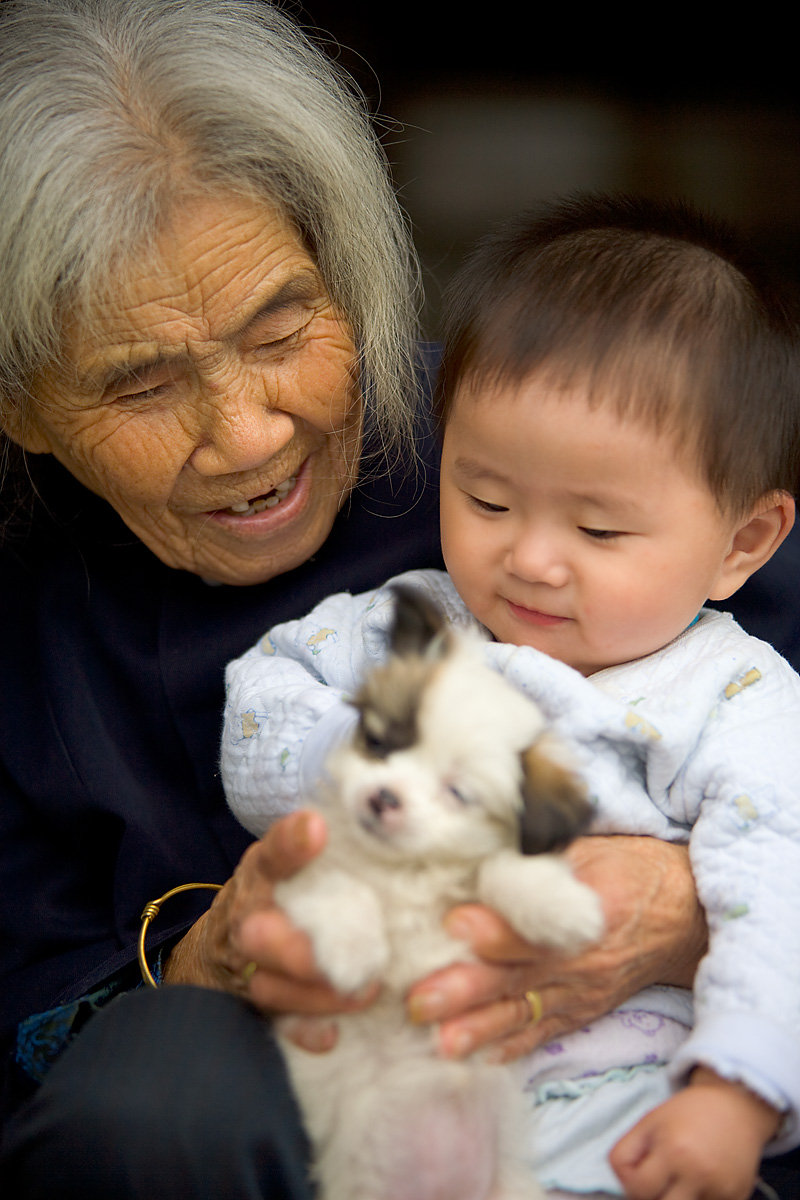 Some would say this photo is so adorable, it makes them want to vomit. But I wouldn't say that. I like to use the word, "puke" more than "vomit". OK, not really. But it really is that cute! 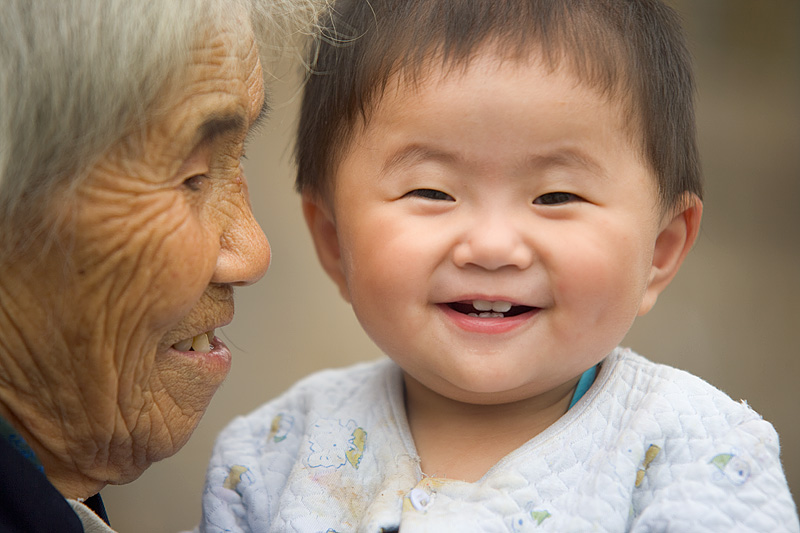 This little guy has the perfect little moon face and a lovable smile that can melt even Saddam Hussein's heart (rest in peace). Am I the only one that wants to bite those lamb-chop cheeks of his? As a child, I'm fairly sure I had a face similar to this, like I'd been hit several times with the broad side of a frying pan. However, I'm sure I neither smiled so genuinely to strangers nor had such a wicked padded baby-blue sweater. Oh, nor did I wear a bra at that age. You can see a hint of a blue bra strap near the left side of his neck.

excellent capture of the little dog

the expression of the children on the 3rd is amazing