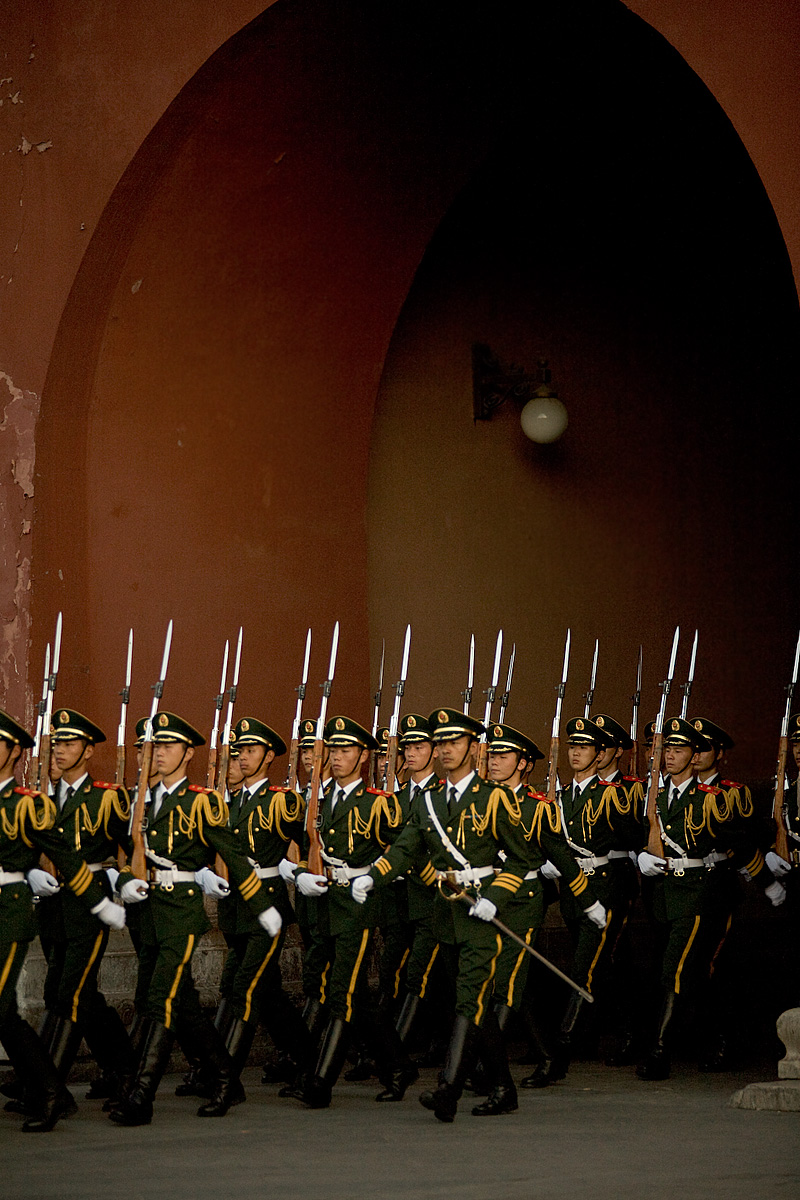 Near-identical soldiers walk through a gateway after completing the flag-lowering ceremony on Tienanmen Square.

Firstly, I do apologize for the noisy photo. It was dusk and to achieve anything resembling a decent exposure, I had to crank up the ISO to 800 yet still attempt to freeze moving subjects at 1/160 seconds shutter speed using a telephoto lens. It mostly worked out except at that exposure, the image was, in fact, underexposed. You can only save an underexposed image in Adobe Camera Raw so much before the inevitable noise rears its ugly head.

About the event itself, if by chance you're around the Tienanmen Square area at sunset, you'll invariably see a mass of Chinese people surrounding the central flagpole. It seems the daily flag-raising and lowering ceremonies are common knowledge among the Chinese but nary a tourist seemed to be aware. A Chinese tourist tipped me off to the event but the throngs of people prevented an uncluttered photo. The next day, I returned to a preplanned spot to capture their exit, via the Forbidden city's gate, far away from tourists who are barred from following the soldiers into the gate.

Archived photos (on the weekends) concludes. Stay tuned tomorrow for yet more photos from my current locale, Belgium.