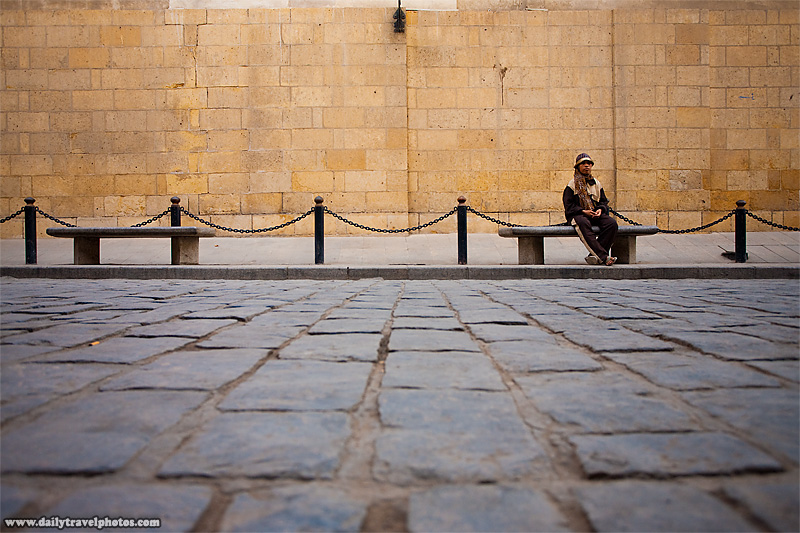 A street-cleaner rests on a bench in Islamic Cairo.

These street-cleaners perform the thankless task of sweeping up carelessly tossed garbage throughout the city. A small army of cleaners is employed by the city, earning peanuts for the never-ending fight. Like any developing world country, many Egyptians consider the streets to be one large open trash bin. Unlike many developing world countries, however, trash receptacles are often provided but very seldom used. 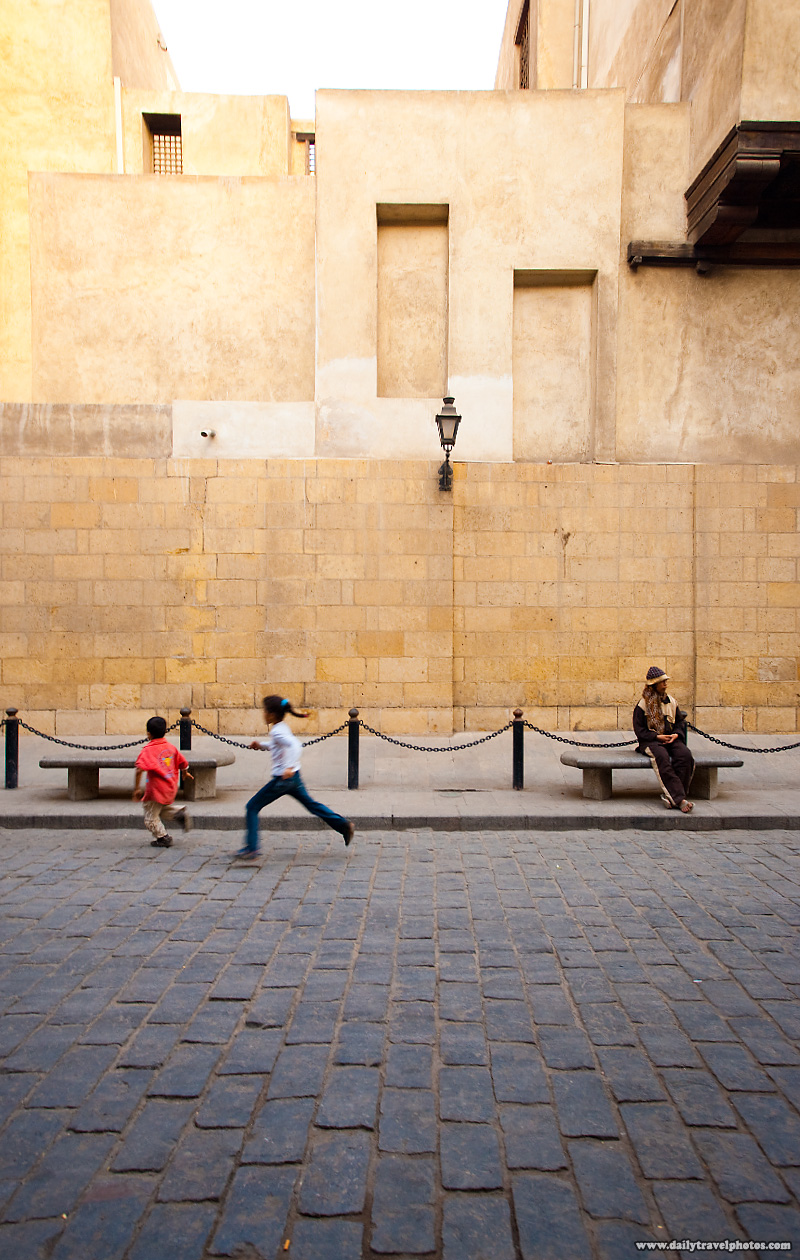 A street-sweeper rests undisturbed by children's horseplay in the tarted up section of Islamic Cairo... sanitized to mislead tourists into believing most of Cairo is this well-organized and clean.

This is just awesome