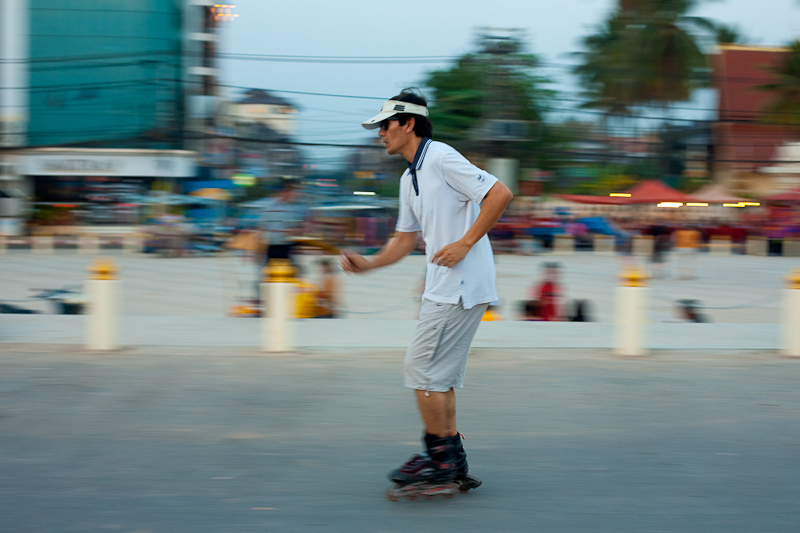 A moving pan of a Laotian inline-skater on the promenade at sundown in Vientiane.

This photo isn't nearly as tack sharp as I like but of acceptable sharpness nonetheless. To hit all the elements to make this type of photo work requires pre-determining a manual focus, steady panning on the x-axis (particularly when hitting the shutter release button), and dialing in a correct exposure whose shutter speed compensates for the speed of the subject while simultaneously allowing a blurry background. Each element alone is difficult but to combine the three makes attempting this photo infuriating. A tip: For the exposure, start at around 1/30 shutter speed with as small an aperture possible (for maximum depth of field). 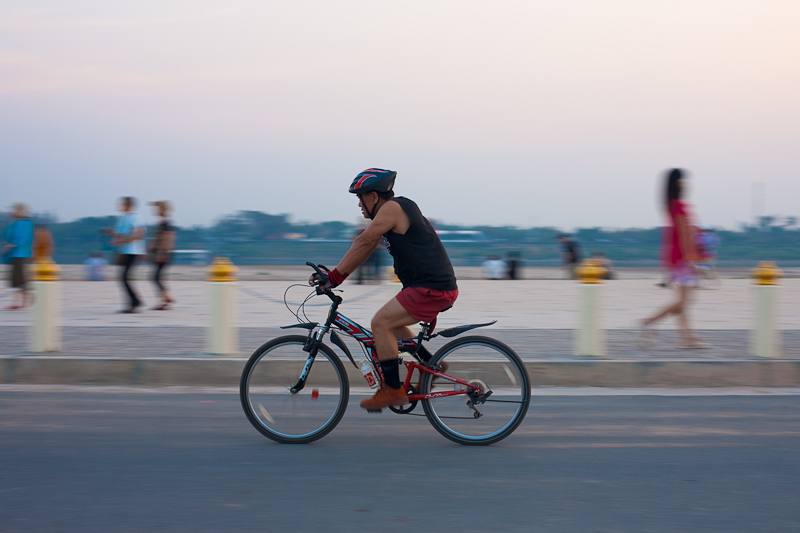 A Laotian bicyclist takes an evening ride on the promenade along the Mekong River in Vientiane.

Ever-fearful of tanning their skin a further shade of dark, Laotians take to their outdoor activities early morning or late evening. In many developing countries, fair-skin is synonymous with beauty, wealth, and non-blue-collar working class. As a result, the range of dubious skin-lightening creams and lotions at local grocery stores lines an entire half-aisle's worth of shelves.