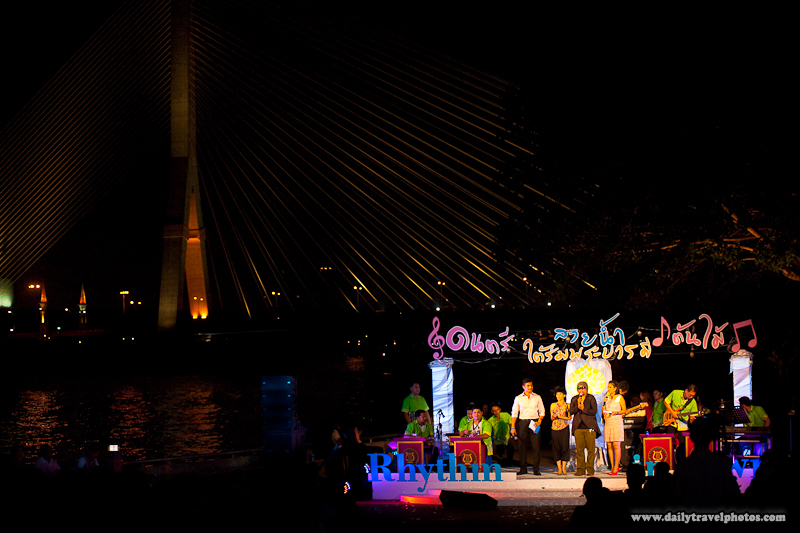 Two well-known singers (middle) and the equally well-known masters of ceremony (ends) on stage with the Rama VIII suspension bridge in the background.

As I was sitting behind the stage, it was clear to me that the male MC (in the pink shirt) must have been incredibly famous. Of all the people who were pestered the most for autographs and snapshots, it was him. Turns out he's currently in a blockbuster, big budget movie called, "King Naresuan Part III", about the epic fight over the ancient capitol of Thailand, Ayutthaya, against Burmese invaders. For those that are curious, he's quite handsome, kinda like a Thai version of Hugh Jackman. 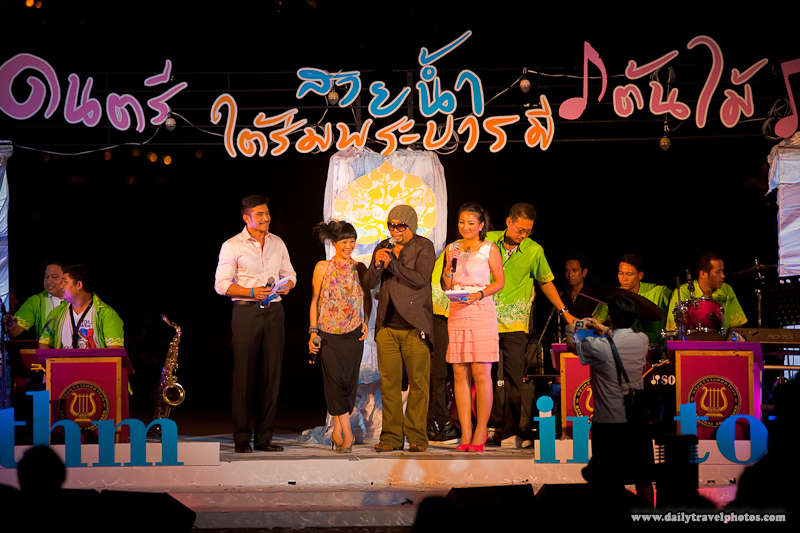 An open-air stage performance at a local park in Bangkok. 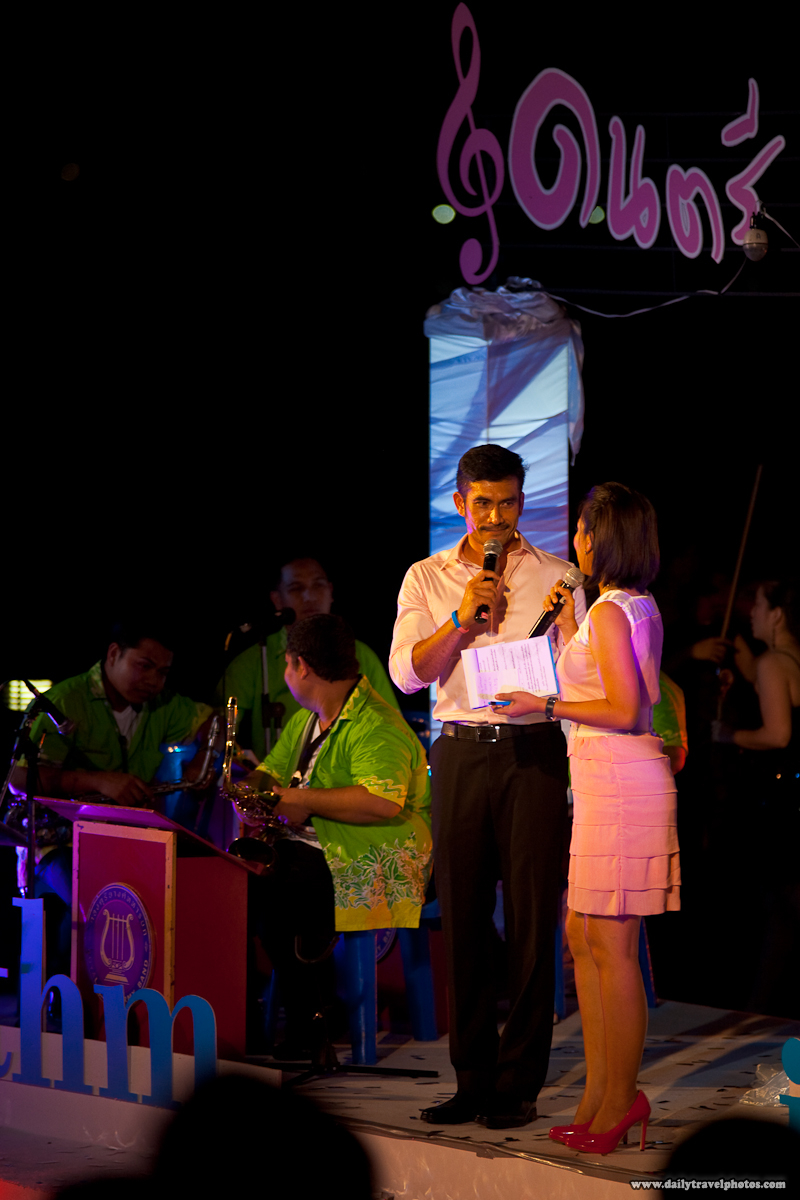 The masters of ceremony at an open-air performance show in Bangkok.

The man in the pink shirt is very handsome and quite well-known. He's not just a big time Thai actor but a soldier in the Thai army as well. Despite his status, he kindly and patiently took the time to engage every fan that asked him for a photo or an autograph. I have no idea, however, who the woman is.