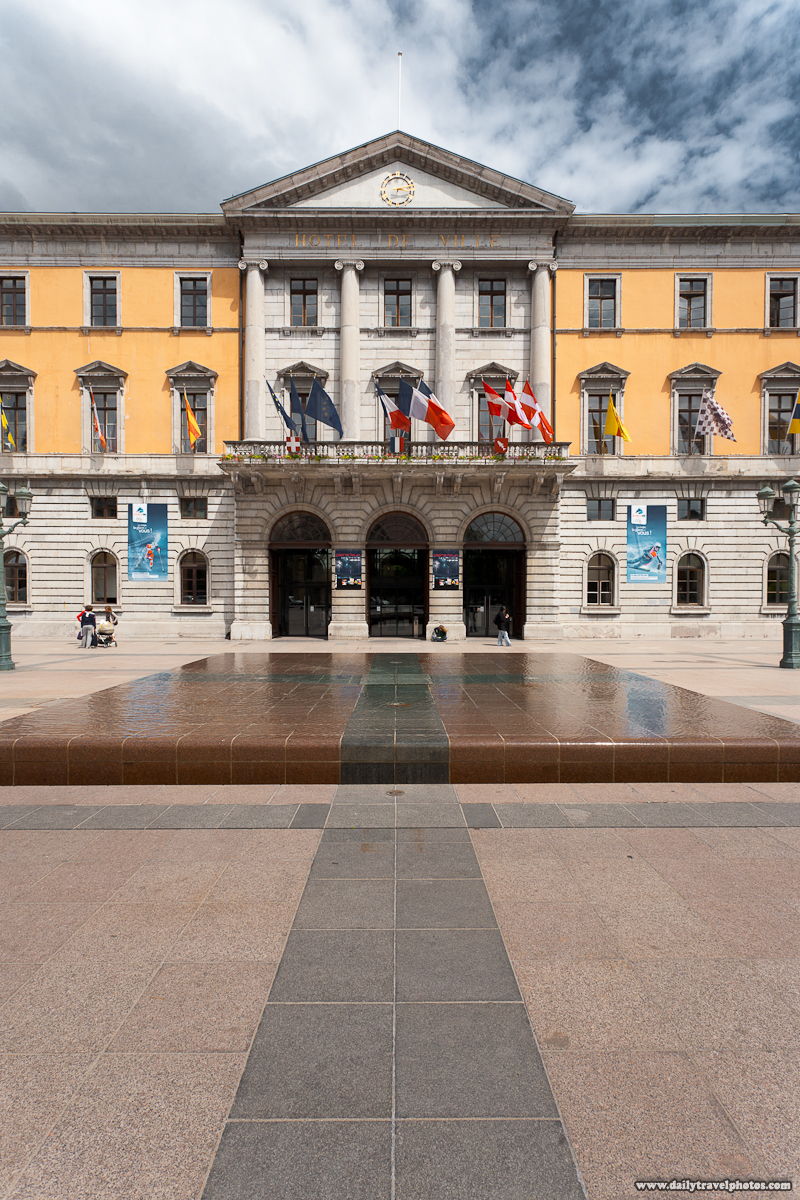 A water fountain in front of the Annecy city hall.

The blue posters flanking either side of the entrance advertise Annecy's upcoming 2018 winter Olympic bid, to be announced on July 6, 2011. I'm rather torn about the thought of Annecy hosting the winter Olympics should they win their bid. In my selfish and completely self-serving opinion, an area this beautiful and so far off the tourist trail is better kept secret and not subject to the spotlight of world tourism. Part of the charm of Annecy is its unique feeling as a large picturesque village, known generally to the French alone and surrounded by some of the most spectacular scenery I've ever witnessed in my life. As much as I love Annecy - or because I love it so much - I am openly hoping for Annecy to lose its winter Olympic bid. The other contenders include Munich and a city in South Korea. Let's go South Korea!!!